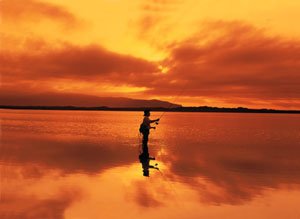 County Antrim forms the north-east corner of Ireland, and a channel only 13 miles wide separates Torr Head from the Scottish coast. Lough Neagh (the largest lake in Ireland or Britain) and the fertile valley of the Bann occupy the western part of the county, but the greater part of it is an irregular plateau of hills and uplands, drooping sharply to the sea on the north and east.

On the east a magnificent coast runs north from Larne, curving round the base of steep headlands, between which is the beautiful nine glens of Antrim open to the sea. Almost every bay along the coast is a link in a chain of fine holiday resorts. On the northern coast the Giant’s Causeway is a celebrated natural wonder.

Home to Belfast, the Province of Northern Ireland’s capital. Belfast, a bustling city on the head of Belfast Lough, a natural deepwater port, is more famous perhaps for being the birth-place of James Galway, the world-renowned Flutist and also of Van Morrisson. Belfast boasted Ireland’s biggest ship-yards, whose most famous ship was the ill-fated Titanic.

Ballycastle in the north-east of the county is home to the Auld lammas fair, one of Europe’s oldest fairs, or festivals, looks out onto Rathlin Island, where Robert the Bruce of Scotland found refuge. Further along the coast is the Giants Causeway, a striking array of massive basalt blocks fall into the sea, not far from the Bushmills whisky distillery.