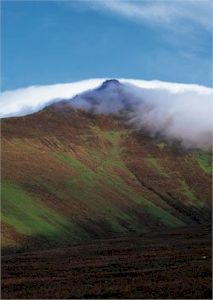 County Sligo is one of the most engaging counties in Ireland. Within a small area County Sligo has a fine variety of mountain, lake and coastal scenery. In the west of the county the Ox mountains form a background to the coastal plain, while north of Sligo town the landscape is dominated by steep-sided and flat-topped limestone hills. The coast is main low-lying and is fringed by sandy beaches and low cliffs. Near Sligo town, in beautiful Lough Gill, can be seen the like isle of innisfree immortalised in the Yeats’ poem.

Another beauty spot in the county is Lough Arrow, with its inlets and encircling hills. For the holiday maker in Sligo there are seaside resorts such as Inniscrone and Strandhill, golf at Rosses Point and other centres, excellent lake and river angling, hill climbing and many other interesting activities.

Sligo is a county in the Connacht province of Ireland, on the Atlantic Ocean. Owned by the MacDermott family until the 12th century, Sligo was subsequently under the rule of the DeBurgos, O’Donnells, and O’Dowds before being chartered as a county in 1579. The painter Jack Butler Yeats and his brother, poet William Butler Yeats, spent much time in Sligo as youths. The wonderful landscape that has become known as “Yeats Country” because of the poets deep connection with Sligo. Yeats’ gravestone in Drumcliff bears the self penned epitaph “Cast a cold eye on life, on death. Horseman pass by “.

Sligo has a varied landscape with fine coastline and beaches, Rosses Point and Strandhill, loved by Surfers, Mountains and wooded hills lakes, rivers and waterfall. It is easy to understand why as a schoolboy in London, Yeats longed for his native Sligo and he lovingly describes the county in his “Reveries over Childhood and Youth”. One of the 4 Irish recipients of the Noble prize for Literature, Yeats is forever linked to Sligo, the rural west and was one of the founders of the Abbey Theatre in 1898, heralding the Irish Revival. The poet died in France and was buried there due to the outbreak of WWII . After the war, in 1948, his body was finally taken back to Sligo and reinterred in Drumcliff.

The town of Sligo is a seaport and commercial center. Just outside the town is Lough Gill, Yeats “Lake isle of Innisfree” Among the prehistoric sites in the area are Maeve’s Mound, a huge cairn at Knocknarea, and megaliths at Carrowmore. Sligo’s history dates from the mid-13th century with construction of a castle and the 13th-century Sligo Abbey. The abbey was destroyed in 1641 when the town was sacked but now has restored cloisters