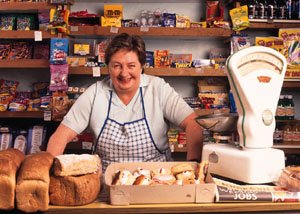 Armagh, like Down and Monaghan which adjoin it, is a county of gentle hills – the land becoming more hilly towards the south, where Slieve Gullion rises to 1,893 feet. Around Richill and Loughanll in the north is a rich fruit growing area, which has earned for Armagh the title of “The Garden of Ulster”, it is noted for Bramley apples, garden plants and jam. Lurgan and Portadown are important centres of the linen industry. This area was the scene of many events in the epic literature ancient Ireland. In history it also holds an important place, and the ancient city of Armagh – in prehistoric times the seat of Ulster kings – has been Ireland’s ecclesiastical capital for 1,5000 years.

“The Cathedral City”, famed in Song and Story, named for the Cathedral which was built on the burial site of St. Patrick, Ireland’s patron saint. Armagh, or Amhann Macha, was the home of the Ulster High Kings for thousands of years, which spawned the legends of the Fianna, and Cu Chullain, (Ireland’s version of Arthur and the Round Table) . The natural barrier, between north and south Ireland goes through Armagh, a long sand and gravel ditch, called the Black Pigs Dyke which though it looks man-made, like Hadrian’s wall, is in fact a glacial, or Ice-age remnant. Bordered on the north by Irelands largest lake, Lough Neagh, Armagh is one of the ‘Six counties’ that make up the current Northern Ireland.