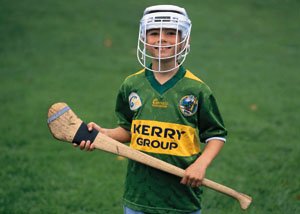 Kerry, in the extreme south-west of Ireland, has two contrasting types of terrain-the mountainous southern part with its three large hilly peninsulas of Beara, Iveragh and Dingle, and the smaller area of undulating plain in the north that stretches as far as the Shannon estuary.

Along the coast, sandy bays alternate with cliffs and rocky headlands; inland too are regions of outstanding scenic beauty – including Killarney’s perfect blend of mountain and island-studded lake, wooded shore and glen. But scenery is by no means Kerry’s only attraction; there are many coastal resorts, excellent angling waters, climbing that includes Ireland’s highest mountain, good golf courses and wealth of ancient monuments.

Known as “The Kingdom”, breathtaking scenery has attracted people to this county since Victorian times. A sense of independence defines the personality of the people and this is particularly evident in the popularity of the Irish Traditional games. From the Blasket islands and the Dingle peninsula all the way to Tralee and the lakes of Killarney the people of Kerry are great supporters of the Gaelic Athletic Association. The GAA was founded in 1884 to promote indigenous Irish sports and the country’s most popular sport despite heavy competition from soccer is Gaelic Football. However, the more intriguing GAA game is hurling-a fast field sport played with sticks. Both football and hurling are played at parish and county level on a wholly amateur basis. The season ends with the All-Ireland Finals held in Dublin which draw large passionate crowds.