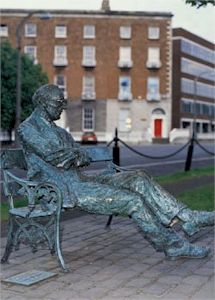 County Monaghan is remarkable for the great number of its little hills. Only a few rise higher than 1,000 feet, but from many points there are good views over the well – tilled, undulating countryside with its lakes set here and there between the hills.

Monaghan formed part of the ancient territory of Oriel, and was known as the MacMahon country because of the dominance of that powerful clan. From the 13th to the 16th century the MacMahon family controlled Monaghan, but in 1589 control passed to the British crown. Monaghan is in the traditional province of Ulster in northeastern Ireland bordered on the northwest, north, and northeast by Northern Ireland and on the southeast, south, and southwest by counties Louth, Meath, and Cavan. The county covers 1,290 sq km (498 sq mi).

It is the perfect destination for the serious angler, casual golfer, walker or cyclist who prefers the peace and quiet of winding country lanes. This is a county of great cultural and artistic wealth, with several bronze age megalithic sites and pre-historic remains. The poet Patrick Kavanagh found his early inspiration here at Inniskeen, where there is now an information centre on his poetry and life. The famous lace-making towns of Carrickmacross and Clones are world renowned for their traditional crafts. Recent developments include the re-opening of Monaghan County Museum, Lough Muckno and the leisure park at Castleblaney. Visitors to County Monaghan will be surprised at the diverse range of activities and entertainment available to all in this beautiful area.